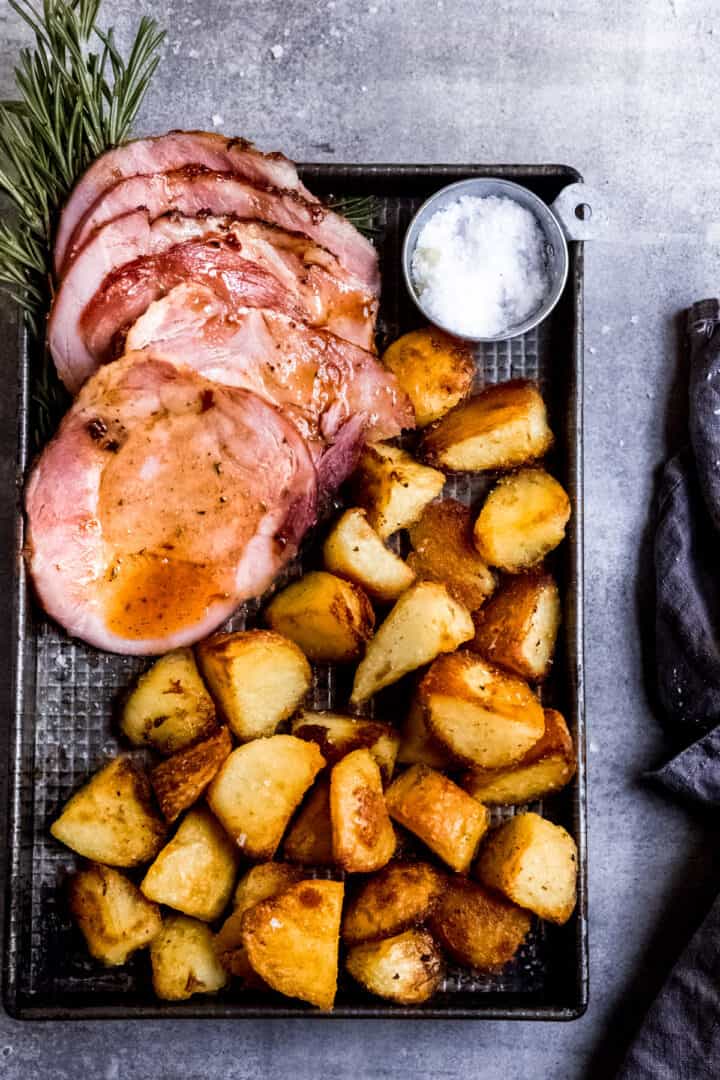 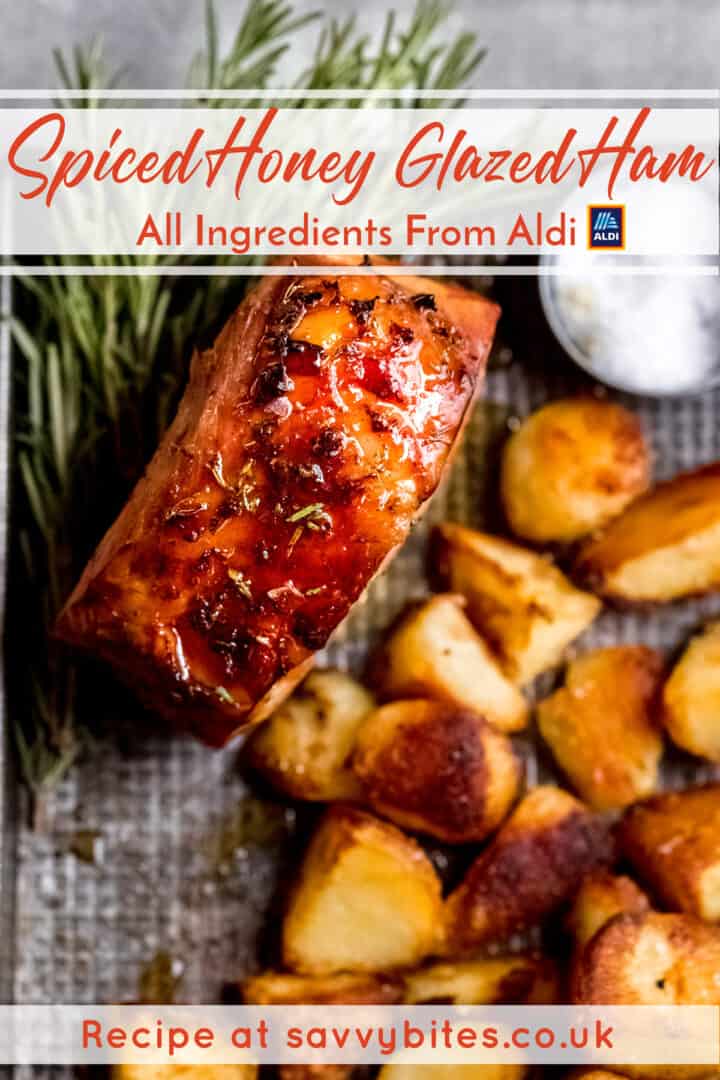 This slow cooker gammon is a crowd favourite and perfect as a turkey alternative at Christmas. Spiced with fragrant aromatics like cinnamon sticks, star anise and cloves, this could become a new family tradition. It's cooked in cider for a touch of luxury and a lot of flavour.

This gammon, I've used smoked, is slow-cooked in apple cider with warm wintery spices and glazed with a sweet and sticky honey glaze. You can also try this maple glazed gammon too.

Making this ham in the slow cooker rather than in the oven makes it easy and effortless. The glaze is sticky and sweet with a spice of savoury sea salt. This is such a great budget-friendly alternative to the usual turkey or roast beef.

This smoked gammon in cider doesn't require many ingredients but each one really adds to the finished ham.

With this slow cooker gammon, each flavour builds on and complements the previous.

See the recipe card for quantities.

This honey glazed gammon in cider is straightforward and easy to make, but sometimes it's easier to follow along with the visual cues as well as the step by step instructions.

Slow cooker gammon in cider is highly adaptable and customisable. Here are a few ways you can change it up.

Equipment can have a big impact on how a recipe turns out. My slow cooker is a lifeline for me, just as yours might be for you. So, it's worth it to spend some money on a good slow cooker. You don't need to spend a lot to get a great one, either. Here are my top picks-

This slow cooker gammon will be an absolute hit with everyone at your table. So, you may not have much left. But if you did then you can store it in an airtight container in the fridge for up to 3 days or freeze slices of it for up to 3 months.

You can also use leftovers in this ham and lentil soup, and this ham and turkey pie. Use chicken instead of turkey if you prefer.

It's really important to build up the glaze, so it really sinks into the ham. Brush half the glaze over the ham roast for about 10 minutes, then brush with the remaining glaze for a further 5 minutes.

Gammon joints come with plastic wrapped around them. Just use a pair of scissors to cut that off. The joint will hold together on its own and there's no need for plastic during the cooking process.

How Long To Cook Gammon In A Slow Cooker

How To Tell If Gammon Is Cooked

Insert a sharp knife inside the gammon and pull it out. If you struggle to take it out, or it feels a bit springy, the meat isn’t cooked. Return it to the slow cooker to let it cook for longer. Or you can use a thermometer to check the ham has reached an internal temperature of 71ºc.

How To Make A Gammon Glaze

You can either serve the gammon straight from the slow cooker or add a glaze and cook it in an oven for about 5-10 minutes. Any longer than that your gammon will dry out. I tend to always glaze my ham but if you're making this recipe for a regular weeknight meal go then you can skip it, but it really is worth it! Gently melt the honey and butter in a small pan and add in the chopped rosemary.

Need help with meal planning? You can find our (Aldi ingredients only) weekly meal plans here! Sign up to receive them free every week or take our quick meal planning course and grab the blank meal planner and use all these recipes to create your own meal plans. You can follow along on Pinterest, Instagram and Facebook. Use the hashtag #savvybites to tag me in anything you make! 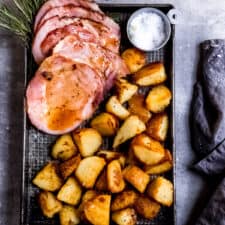 Hi, I'm Deborah! Savvy Bites was created to answer the question "what's for dinner?" It's a place where fresh, (mostly) healthy, everyday recipes are made with inexpensive and common ingredients from Aldi UK.